Have finally been able to convert this to a downloadable tutorial.  Here is the link directly to my Etsy Store. 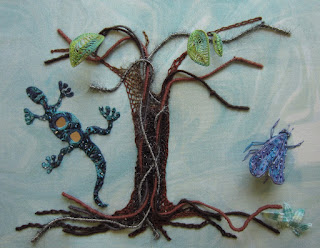 Now we have several months in this location, Burrum Heads, Queensland, such a lovely place to be living at the moment. I have become involved in a craft group here and in April I will be running a class on making Crazy Quilted Fabric covered boxes. Here are two that I have created for the class, both of these are been donated to use as prizes for up coming Mothers Day Raffles. 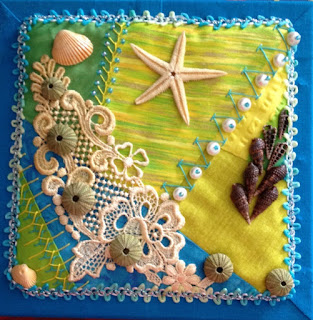 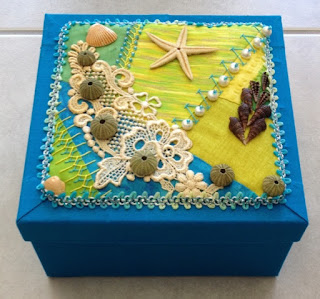 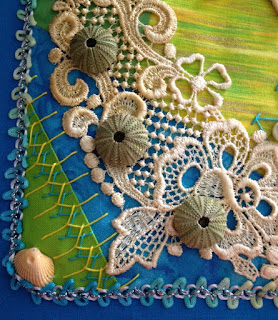 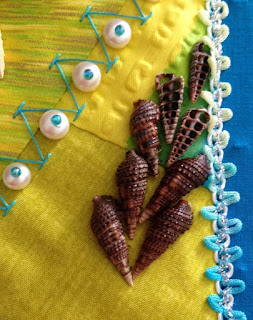 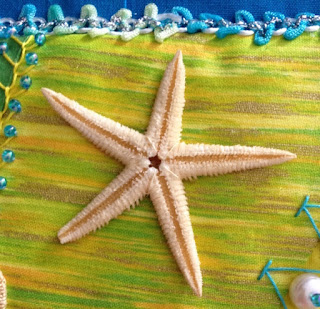 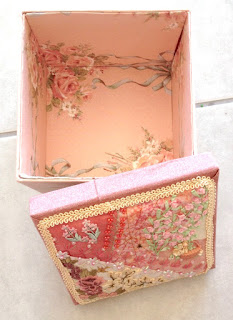 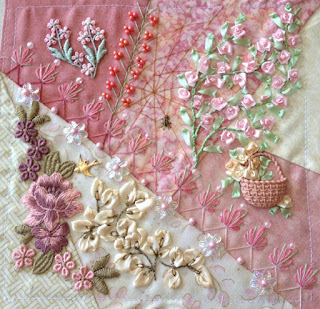 The Embroidery and Embellishments 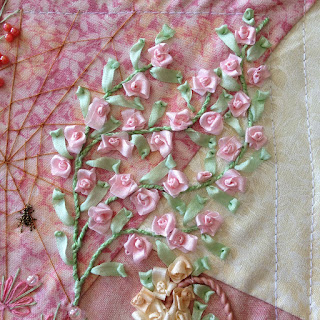 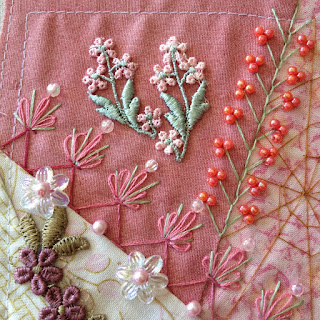 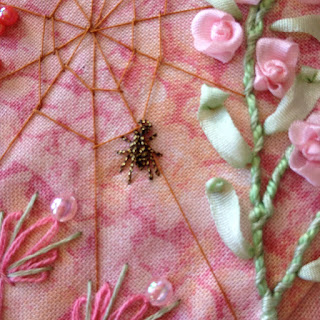 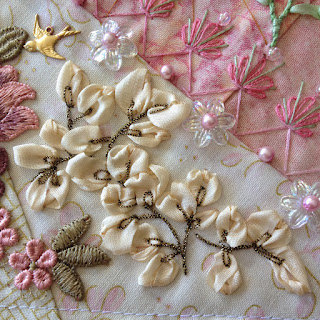 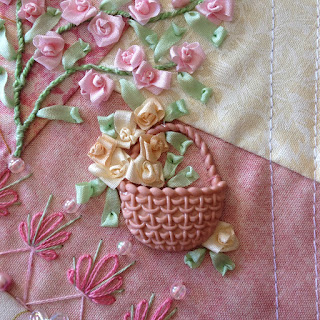 The fabric on the outside of this box was from their giveaway table that Dawn (our neighbour) had collected a few months ago, just goes perfectly if you ask me.

Now to creating one for myself, a Blue Christmas Box for our traveling Christmas Decorations. 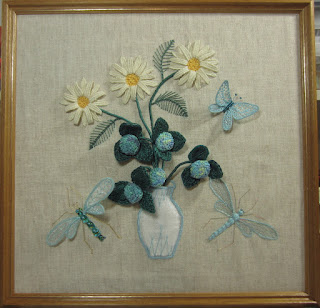 Using two very different techniques, one three dimensional and the second stitched onto the background fabric using a lesser-known honeycomb style stitch creates two playful Dragonflies. Each Dragonfly also having different body types. The inquisitive needle lace butterfly flutters happily about with oversized Daisies standing boldly tempting him to land. While the Hydrangeas stand defiantly in an elegant vase of smoked glass with an intricate design stitch to it’s outside.

All elements are then placed on a background of linen and framed to allow us to stand back and watch our cheerful insects fluttering about enjoying the fragrance and spender of two beautiful flowers.